For the past several years I haven’t had anything to do with Sofie’s Halloween costumes. Shannon, her dad’s girlfriend always took care of it. Shannon is very crafty and can sew a straight line so I had no problem handing the Halloween reins over to her. This year Sofie asked me to make her costume. I was hesitant but I said okay.

She decided she wanted to be a peacock. Piece of cake I thought. Then she told me she wanted to look like Katy Perry. Well that wasn’t going to happen so we set about designing our own version. 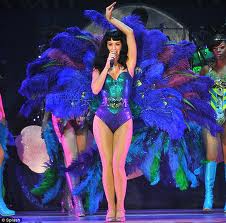 While the costume was neither difficult nor time consuming, it was messy. Glitter and feathers all over the place.

Despite sweeping, vacuuming and mopping the floor there are still traces of glitter from the tulle I used.

But the mess was worth it. Sofie is very happy and she looks like a gorgeous peacock.

Here is the cost break down:

I ordered the feathers off Ebay. They were shipped from China and only cost $7 for 50 feathers. I thought that was a bargain.

I used four different colours of tulle. Each was two yards. This was the most expensive part at $40 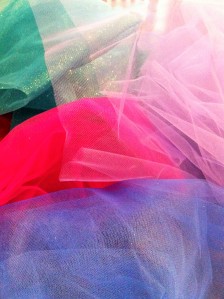 The hair clip and pin on the front of her costume are from Hobby Lobby, it was $5 for both 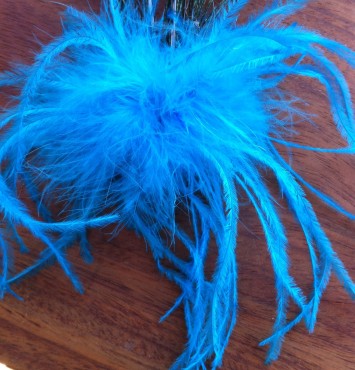 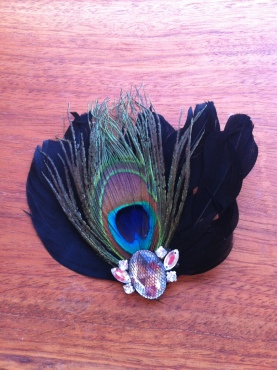 So it wasn’t the cheapest costume to make but the look on her face when she saw it completed was priceless.

Measure the elastic around your child’s waist. Sew the ends together.

My tulle was 54 inches in width. I folded the tulle in half and layered the four colours on top of each other.  Starting at the fold I cut the tulle in to three inch sections.

Knot the layered tulle around the elastic. I put my elastic around the back of a chair to make the knotting easier. 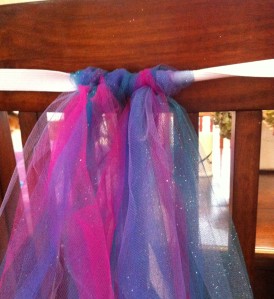 Glue the peacock feathers into the knots. 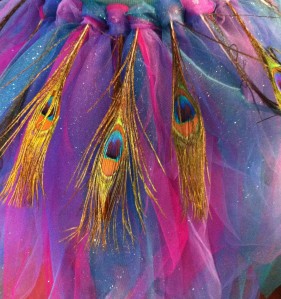 For the hair clip I glued several feathers in the middle of the plume. The extra weight made it tip backwards a bit so I added a thin piece of card board for some stability. 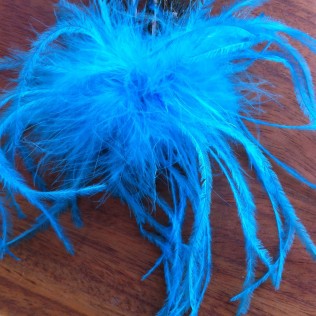 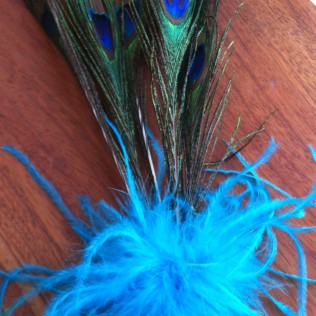 I knew that Sofie would love the sparkly shoes but I thought the bow on the front didn’t fit the peacock vibe. I cute out two pieces of black felt (one for each shoe) that was the size and shape of the toe. I then glued 3 trimmed feathers on to the felt and attached it to the shoe with hot glue. I finished it off with 3 faux gem stones. 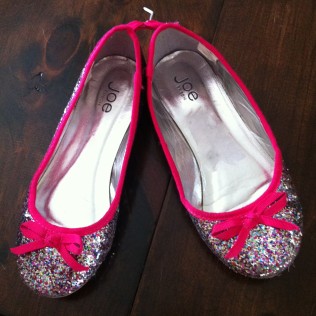 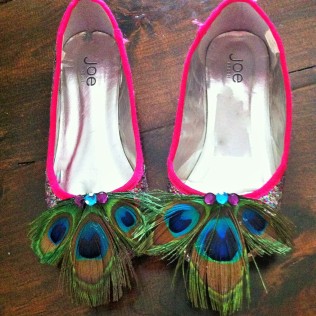 I used an electric blue eyeliner and purple, green and blue eye shadow on her eyes. Believe it or not those are not fake eye lashes. Sofie has the most beautiful lashes. I am so jealous. 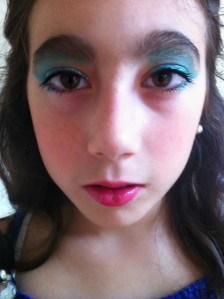 For an inexperienced costume maker I think it turned out pretty well. Most importantly Sofie is thrilled with it. 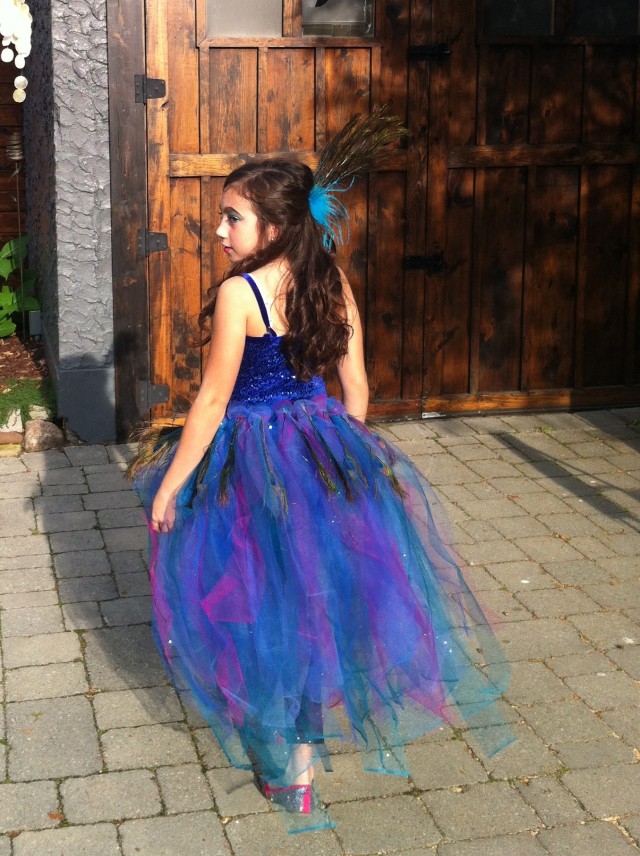 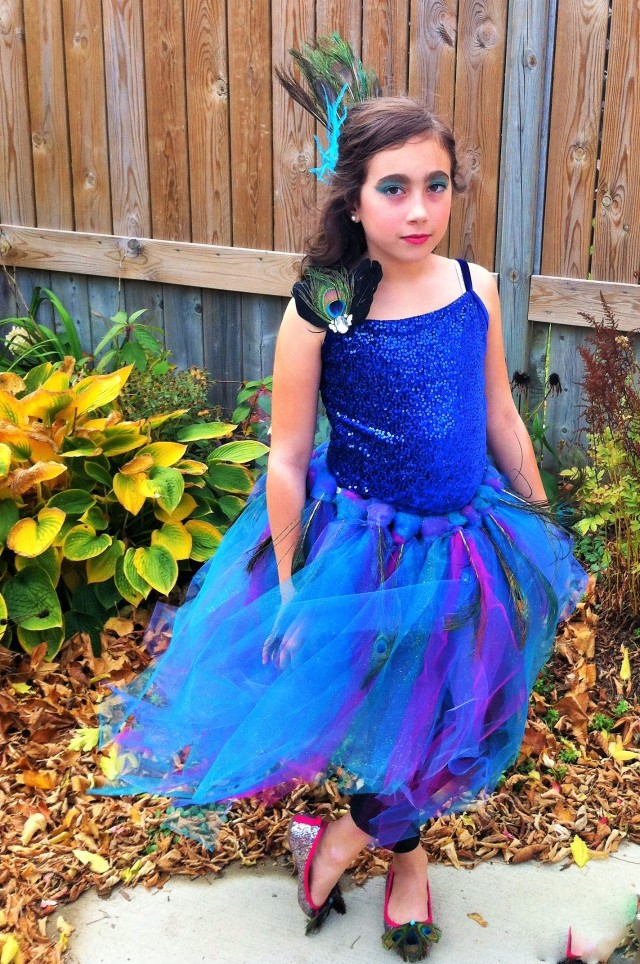